….and then there’s the Rainring cards system. An adventure into your mind.

Please listen to Peter Ryley’s short vid below. He is the talented creator of the Rainring Cards system.  ➡ Link to a list of 2007 posts including readings on the Rainring cards- CLICK HERE

“……how can we take unconscious elements of a situation into account when, by definition, we do not know about them? The answer is that we must employ a device which enables us to tap into the unconscious.A skilled practitioner will require no more than a bag of bones, a heap of tea leaves (or indeed a freshly-eviscerated goat) to do this. However, for those of us without this particular expertise, things are made easier by the existence of systematic decoders, of which the two best known are the I Ching from ancient China, and the Tarot from mediaeval Europe. Rainring is intended to fulfil a similar function. “ P. Ryley.

The article below is written by Peter Ryley. 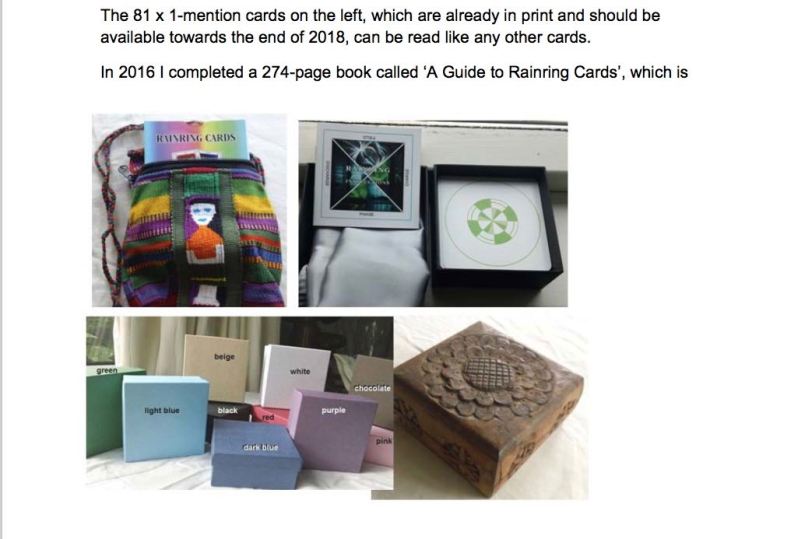 2 thoughts on “….and then there’s the Rainring cards system. An adventure into your mind.”